On April 27, the 3D visual perception unicorn Obi Zhongguang released a new U2 in Guangdong.

What is U2? It is not a reconnaissance machine, but a small 3D face module, which is specifically developed for smart lock products. From the dense lock, fingerprint lock to smart locks, the unlocking posture of the door lock is constantly refreshing the technology. On the road of pursuing extreme security, smart locks are ushered in a wave of new changes.

Since 2018, smart locks equipped with face recognition have been officially launched. However, for a long time, the cost of the “face brushing” module is relatively high, and it is not easy to integrate, which has brought obstacles to the popularity of the face unlocking. As the mobile phone industry fully unlocks the face to the face, the smart lock with security as the responsibility has also begun to use facial information as the preferred biometric information.

Face recognition is the most likely to break the situation.

It is already widely used in mobile devices. Second, it has the most chance to reduce costs and achieve miniaturization.

The key to the face recognition module is the three major items of the camera, the chip and the algorithm

Although the solutions are relatively mature, it is still a great challenge to achieve the ultimate security experience.

The U2 module released by Obi Zhongguang brought new opportunities to the smart lock industry.

We introduce in order:

The size of U2 is only 41mm *15.2mm *8.7mm, and the volume is nearly 50%lower than similar products. U2’s “exquisite figure” allows it to not take up too much lock ID (industrial design) space, so that smart locks with 3D face function can have a more agile and slender “body”.

U2 built -in Obi Nakagura’s flagship mobile phone -grade special chip MX6300. When Obi Zhongguang product director Wang Guiming introduced when the new product was released, the peak power consumption of U2 was reduced by more than 50%and supported the power supply of dry batteries. Because U2 does not connect the algorithm board and FPC line, this will directly reduce the cost of design and production of the majority of door lock manufacturers, and reduce the loss in the assembly process.

At present, the 3D face recognition scheme of smart locks mainly includes both eyes and 3D structured light. The principles of dual purpose are simulated human eyes to achieve three -dimensional recognition, but the accuracy is poor, dependent on texture information, and difficult to perform dense and reliable calculations. The accuracy of structural light is higher and is not affected by the strong and weak environmental light. Both user experience and security characteristics are stronger than the binocular solution.

At this press conference, the five major programs released by Obi Zhongguang were equipped with the real 3D kernel:

Based on the tens of thousands of scattered spots projected by the 3D structured light camera to generate high -precision human face models in real time -the most accurate 3D information reduces the burden on the algorithm, so that the module has lower power consumption and stronger performance.

What is emphasized here is the true word in the real 3D. Why is Obi Zhongguang named it true 3D? The reason is that the 3D scheme of the structural optical technology can obtain more details and in -depth information. The face recognition of the person with a structural light scheme is equivalent to the modeling of the face, because the record and detection of the human face’s biological information is the most accurate.

In fact, the daily mobile phone brushing face unlocking is a structural light scheme. The earliest iPhone launched Face ID is the face recognition solution based on structural light.

In the field of 3D visual perception, both eyes, structural light and TOF are three mainstream solutions. Both eyes are simulated eyes, and the visual differences of the left and right cameras are used to achieve object judgment; structural light reads the dot -matrix pattern through the coding structure light or scattering structure light, and compares the 2D pattern recorded earlier. The launch of continuous facial light sources uses the launch time of light to calculate the distance between the camera and the object to infer the 3D image.

Structural light is similar to the principle of TOF, but there are differences. The former is low power consumption, mature technology, and is more suitable for close static scenes; the latter is suitable for long -distance dynamic scenes.

In fact, both eyes and structure light and TOF have their own advantages, and their commercial application scenarios are different. For example, the resolution of the double -eyed scheme is the highest, but the software programming is too complicated; the TOF resolution is very low, but the frame rate is high, and the software programming is simple. Structural light is the central option. In the resolution, frame rate, software complexity, power consumption and other dimensions, it is more suitable for static miniaturized devices such as mobile phones, smart locks, and cat eyes. (Note: The mobile phone can be understood as static when unlocking)

But the most critical point is that

The accuracy of structured light is the highest, which can reach 0.01mm ~ 1mm, and is not affected by light changes and textures. Therefore, the structure light is the first choice for face recognition schemes for smartphones. The so -called true 3D of Obi Zhongguang actually refers to structural light technology, and it is more suitable for small -scale security products such as smart locks. Due to the safety characteristics of the light in the close -up structure, Obi Zhongguang has the concept of financial -level security.

The unlocking posture of smart locks

There is a reason to believe that with the advent of products such as U2, smart lock products will usher in the wave of 3D face recognition. As the most mainstream security unlocking solution at present, fingerprints may face elimination. what can be confirmed is,

The industrial design of smart locks will be more lightweight and slim.

The fingerprint is a traditional solution, which seems to be less matched with the intelligent word in the smart lock.

Using a miniaturized 3D face recognition module such as U2, the smart lock brand has the opportunity to create a more “sexy” real smart product. Moreover, from the level of user experience, face recognition is more convenient than fingerprint recognition. In terms of product design, the addition of face recognition (because of the camera module) can expand the function of smart locks, such as smart cat eyes.

According to statistics, in 2021, including

More than 30 brand lock companies, including Obizhong 3D solutions, will be achieved.

The application field of 3D visual perception is very wide. In addition to mobile phones, smart homes, unmanned retail, smart logistics, space scanning, AR/VR, clothing customization, and so on. This time, Obi Zhongguang chose to comprehensively enter the smart lock, using U2 as a killer product to capture this rapidly growing industry.

According to the Grand View Research survey report, the global smart door lock sales in 2019 have exceeded 7 million units, and it is expected to achieve a compound annual growth rate of 18.5%from 2020 to 2027. According to the forecast of the National Lock Industry Information Center, the total demand for my country’s smart door locks is expected to exceed 30 million units in 2027, and the total industry output value exceeds 100 billion yuan.

Obi Zhongguang does not face consumers directly, but its technology can empower front -end products. Just like PrimeSense, it helped Microsoft to create a great product like Kinect. 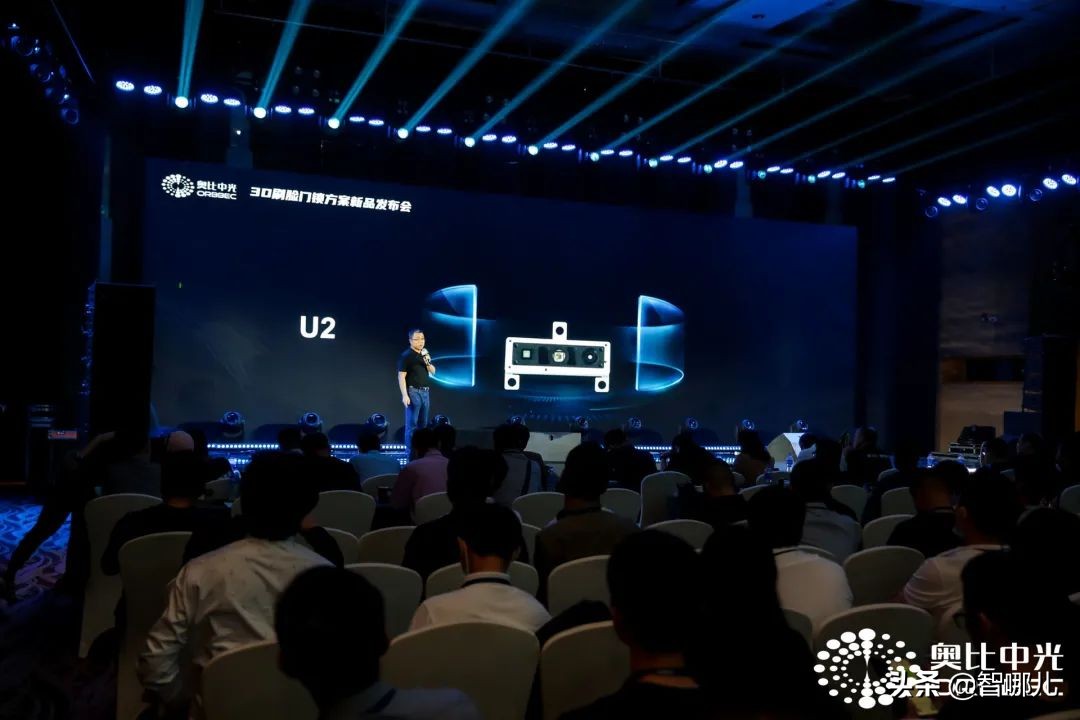